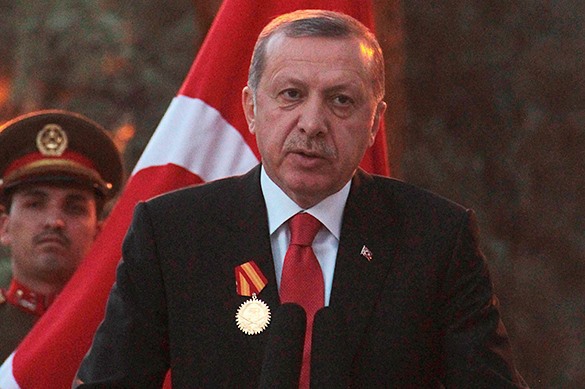 Turkish President Recep Tayyip Erdogan refused to bring official apologies to Russia for shooting down the Russian Su-24 above the territory of Syria.

In an interview with CNN, Erdogan stated that "if there is a party that should apologize, it is not us."

"Those who violated our airspace are the ones who need to apologize," Erdogan said.

"Our pilots and our armed forces, they simply fulfilled their duties, which consisted of responding to ... violations of the rules of engagement. I think this is the essence," the Turkish president added.

Pravda.Ru has reported before that the rescued Russian pilot explained that the plane was flying above the Syrian territory and could not make a mistake even for a second. The pilot also said that the turkish side had not warned the Russian pilots of the impending missile attack.