A convoy carrying humanitarian aid from Turkey to Syria, was bombed in the area of the town of Aazaz near the border of the two states. Fore the time being, there is no official information about the country that bombed the convoy in an air raid. 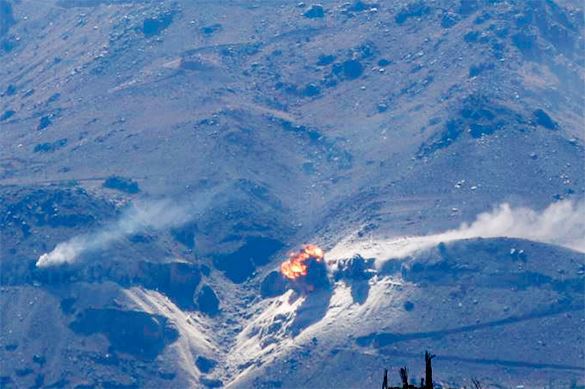 The news about the attack on 20 trucks carrying humanitarian cargoes to Syria was posted on Twitter by Turkey's Humanitarian Relief Foundation. Reportedly, at least seven people were killed and ten were injured in the bombing. The trucks were destroyed in the air strike.

Noteworthy, the Turkish General Staff has recently conducted one of the largest maneuverer to patrol the Turkish-Syrian border. As many as 18 F-16 fighters took part in the operation.

Meanwhile, according to Turkey's state-run Anadolu Agency, the military command of the country redeployed 20 tanks from the western regions of Turkey to the province of Hatay, on the Syrian border. The move was conducted following the downing of the Russian Su-24 jet over Syria. The additional 20 tanks were delivered by rail to the city of Gaziantep before they were delivered to the 5th Armoured Brigade of the Turkish Army.