Investigation of Airbus A321 disaster drawing to its end - Putin

The investigation of the causes of the air crash in Egypt is drawing to its end, Russian President Putin said during a conversation with Italian Prime Minister Matteo Renzi at the G20 summit in Turkey. 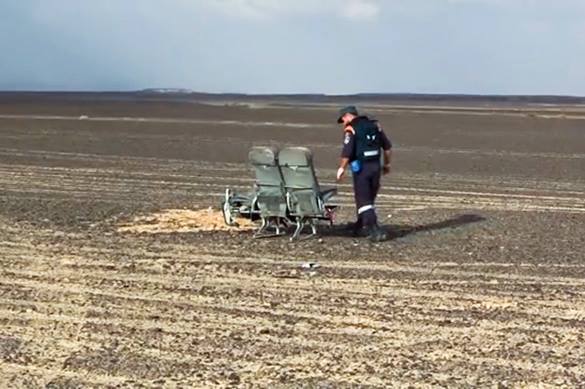 "We are at the final stage of the investigation," Putin said, Interfax reports.

Matteo Renzi presented his condolences to the Russian leader in connection with the Sinai air crash disaster.

Most likely, the Russian Airbus A321 passenger jetliner crashed as a result of the explosion of a bomb that had been planted on board the airplane prior to departure by one of the employees of the airport of Sharm el-Sheikh.

Investigators establishing the causes of the air crash found that there was a timer device on board the airplane. The device was set to operate in two hours. Most likely, the bomb was planted into the fuel system of the aircraft.

As a result of the crash of the Airbus A321 passenger jetliner of Kogalymavia that was flying from  Sharm el Sheikh to St. Petersburg on October 31, 224 people were killed.