The international APEC summit is to take place on November 17-18 in Manila, the Philippines. However, as Pravda.Ru has reported, it will be Prime Minister Dmitry Medvedev, who will chair the Russian delegation at the summit instead of President Vladimir Putin. 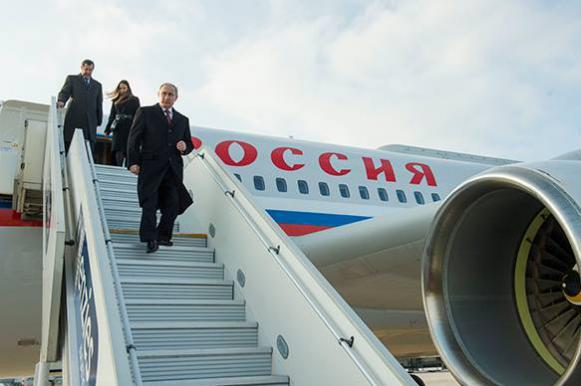 On Sunday, November 15, Putin is to arrive in Turkey for the G20 summit.

Putin's official spokesman Dmitry Peskov confirmed the change in the Russian delegation for the APEC summit. "The Prime Minister had planned additional contacts and visits in Southeast Asia. In this regard, to optimize the schedules of the top administration of the country, the president made such a decision. The president and the prime minister do not need to fly that far with a difference of just a day or two," said Peskov.

Russian media share different views on the matter. The Vzglyad newspaper, for example, wrote that the Russian president had more important things to do. In addition, Putin will see key members of the Asia-Pacific region at the G20 summit in Turkey.

The publication suggests that Vladimir Putin will not go to the Philippines because of his visit to Iran, where he will supposedly participate in the summit of gas exporting countries on November 24. Putin was invited there a few weeks ago, but the Kremlin only said that the issue was being discussed.

A trip to Tehran will be highly important for Russia as it will give an opportunity to discuss the Syrian crisis in both bilateral and extended format. In Iran, Putin will be able to meet the leaders of the countries that have their own interests in solving the Syrian crisis - Egypt, the UAE and Qatar.

Qatari Emir Tamim bin Hamad is said to arrive in Iran. The talks with Russia will thus become one of the most important events of the summit in Tehran.

Therefore, the coming negotiations that President Putin will conduct in Turkey and possibly in Iran may bring more victories to Russia not only in terms of the defensive operation in the Middle East, but also in terms of Russia's diplomatic and geopolitical ambitions.