Chinese President Xi Jinping arrived in Hanoi this Thursday for his first state visit to the neighboring country since assuming office. It was also the first visit that a Chinese president has paid to Vietnam in a decade. 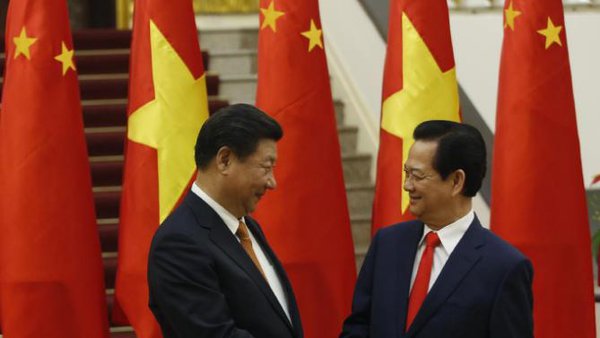 Vietnam is an important neighbor of China. The two countries have a similar political system and have their historical roots run deep. In this context, China's Belt and Road Initiative could provide new cooperation opportunities for the two neighbors, as Vietnam is an important regional gateway to the Asia-Pacific region. Good relations with Vietnam are important also for China to strengthen its relations with the Association of Southeast Asia Nations and make the 21st Century Maritime Silk Road a success. However, bilateral relations have been strained in recent years since China placed a giant oil rig near the Paracel islands in an area in the South China Sea that Vietnam claims is within its exclusive economic zone. The incident sparked several anti-China protests in Vietnam.

The visit is a good chance for the two sides to review their ties in the past 65 years and map out directions for cooperation in the coming years, so as to further develop their relations in an intensive, healthy and stable manner for the benefits of the two peoples, and for peace, stability in the region and the entire world.

The host also proposed China together Vietnam become the pioneers in implementing the Declaration on the Conduct of Parties in the East Sea (DOC) seriously and fully and soon coming up with the Code of Conduct in the East Sea (COC). Vietnam has showed a constructive attitude towards cooperation for mutual development at disputed waters in line with international law, especially the UN Convention on the Law of the Sea.

In conclusion, Vietnam and China have issued a joint statement of 11 points on the occasion of Chinese President Xi Jinping's visit to Vietnam. Both agreed to uphold bilateral friendship, strategic exchanges, political trust building and cooperation for mutual respect and benefit, They will promote exchanges and meetings between the two Parties, set up hot lines and deploy special envoys to consult each other about major issues. Both will maintain high level.