Many antiquities found in terrorist-sized cities of Syria are then smuggled to the UK and other Western countries, Pravda.Ru reports with reference to RT. The antique items become new exhibits at museums and private collections. 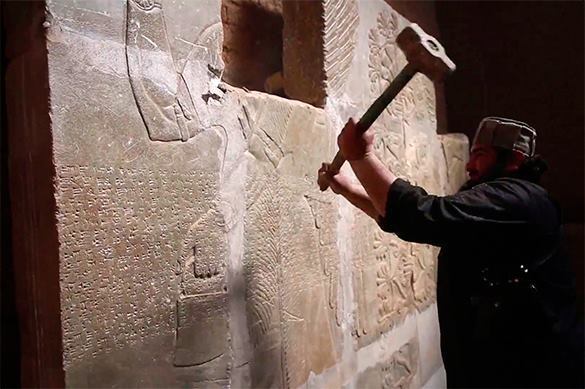 Currently, the Islamic State controls vast territories of Syria that are rich with historical artifacts, such as ancient coins, manuscripts and jewelery. Extremists transport valuable antiquities to the  West, where the items are sold at auctions.

"The chances of someone being seized, stopped and prosecuted are almost zero in the UK or anywhere in Europe, frankly. We don't know how much ISIS is benefitting from these objects. We know they are benefitting and we know it's coming to the West. That's indisputable... The scary thing is that we can be funding these groups without even knowing it," Mark Altaweel, an expert from the Institute of Archeology of University College London said.

Meanwhile, the UN Security Council has recently banned the purchase of antiquities illegally exported from Syria and Iraq. The International Council of Museums, in turn, has made a list of Syrian cultural sites to exclude buying illegally exported artifacts.