An-12 cargo plane crashes on village in South Sudan, 39 killed

According to representatives of Russian airlines engaged in cargo transportation in Africa, the An-12 cargo plane that crashed in Southern Sudan on November 4, did not belong to Russian air carriers. 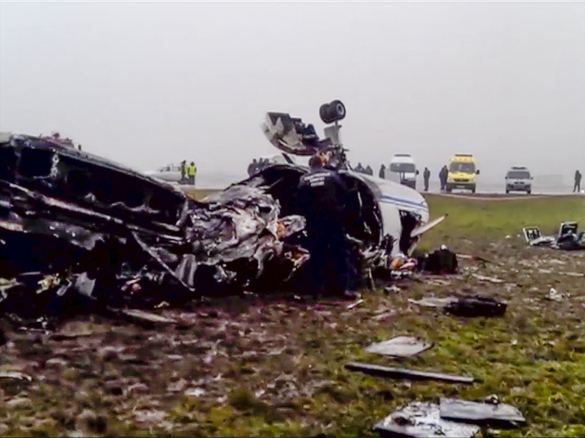 "For the time being, no Russian airline that provides freight transportation in the region has  confirmed the crash of the airplane. None of them has confirmed that the crashed aircraft belonged to any of the Russian air carriers operating in Africa," officials told Interfax.

The An-12 that crashed in South Sudan could belong to an airline from Armenia, the source said.

According to the South Sudan Tribune, an An-12 with five crew members and seven passengers crashed in Juba on November 4. Reportedly, the crew of the airplane was Russian. Several people survived the crash, although the number of victims may reach 40 people.

It was reported that a woman on board the plane tossed her child out of the window of the falling plane, having thus saved the child's life.

UPDATE: As a result of the crash of the An-12 cargo plane in Juba, three people have survived. One of the survivors is the child, whom the mother thrown out of the window, reports Sputnik. The air crash has killed 39 people in total. Twenty-one of them are residents of the village, on which the plane crashed. There is also a Russian citizen and five citizens of Armenia among the victims.