There was only one mile of distance between the Russian bomber Tu-142 and USS Ronald Reagan. The incident happened near the Korean peninsula, where the USS was maneuvering. 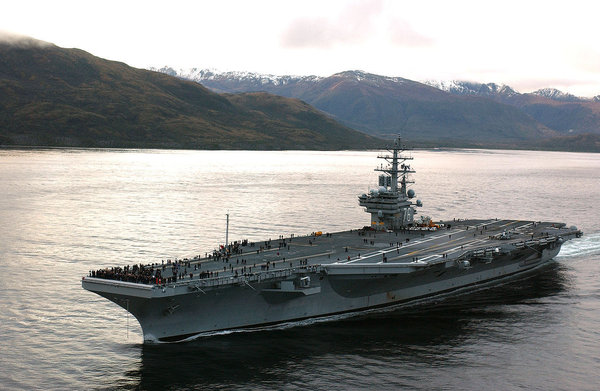 According to Stars and Stripes, in the morning of October 27, Russian long-ranger bomber planes flew at the height of only 150 meters and at a distance of 1.8 kilometers from the US aircraft carrier. The US ship was conducting maneuvers with South Korean navy.

US military men tried to contact the pilots of the Tu-142, before four F/A-18 Super Hornet took off after the radio contact was not established.

"It's standard operating procedure for U.S. planes to escort aircraft flying if they are in the vicinity of a U.S. ship -- then that's standard procedure," said Navy commander William Marks. He said Russia's flyover was "safe" -- "a range of about a mile away," he said. "We do the same, it's not uncommon," he added.