The Turkish Air Force has shot down an unmanned aerial vehicle of unknown origin. The aircraft entered Turkish airspace from the side of Syria. 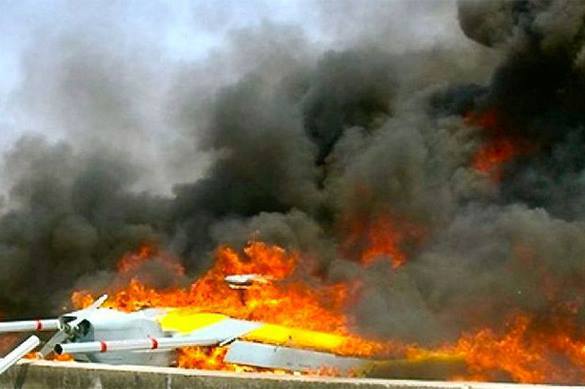 The aircraft was staying in Turkish airspace even after three warnings, RIA Novosti reports with reference to officials at the Turkish General Staff. As a result, the aircraft was shot down.

"The state affiliation of the aircraft remains unknown. The aircraft was detected in Turkish airspace at the Turkish-Syrian border ... Our planes patrolling the border opened fire and shot down the aircraft," Turkish officials said, adding that they would continue acting like this in the future as well.

The Russian Ministry of Defense analyzed the information about the downed drone and concluded that it was not Russian.

"All the aircraft of the Russian aviation group have returned to the air base, having completed the combat task," an official spokesman for the Russian Defense Ministry Igor Konashenkov said.