The Iranian television aired unique footage about a secret missile base and its capabilities. 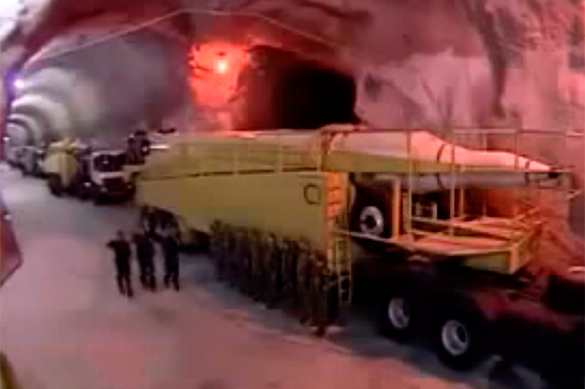 Employees of the Iranian National Television were allowed to witness the demonstration of the  "doomsday weapon" for the first time for only one minute.

The missile base is located underground at a depth of 500 meters.

He added that Iran had comprehensive opportunities to supply such missiles and noted that there were many underground bases in every region of the country.

Pravda.Ru has reported before that the Iranian troops, Hezbollah fighters and servicemen of the Syrian government army were ready to defend the ISIS-captured city of Aleppo in Syria.

They will have the support of Russian aviation, whereas the forces of Arab countries will conduct the ground operation.