Two bombs exploded in Damascus during a rally in support of Russian anti-terrorist campaign in Syria. The explosions occurred near the building of the Russian Embassy in Syria. 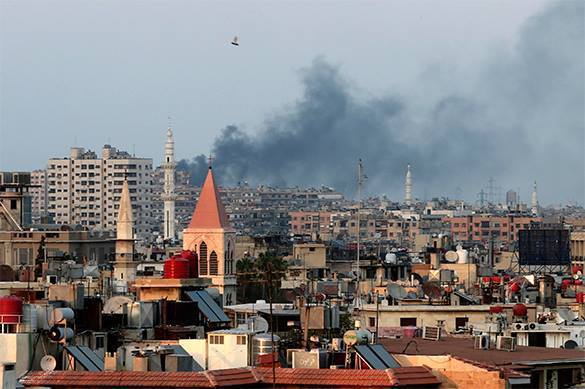 The blasts caused insignificant damage to the building. Luckily, no one was killed.

"The shells fell on the site, where a peaceful demonstration was held in support of Russia's actions in Syria. Several people were wounded," eyewitnesses said, Pravda.Ru reports with reference to RIA Novosti.

According to specified information, three people were injured in the attack. Local news agencies said that the shells were launched from the direction of Jobar area, where Jaysh al-Islam and Al-Nusra Front militants operate.

This has become the second shelling of the Russian Embassy to Syria in the last two months, Pravda.Ru reports.