The Nobel Peace Prize in 2015 was awarded to the National Dialogue Quartet in Tunisia. In fact, the award was given to the organization for the revolution in the country. Pravda.Ru asked an expert opinion from junior researcher at the Center for Asia and the Middle East Studies at RISI, Arsen Khizriev. 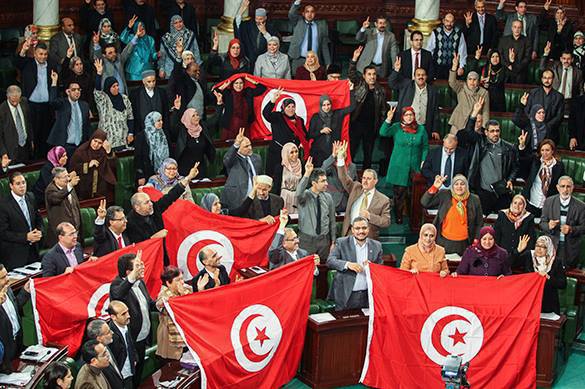 "The decision of the Nobel Committee to award the Nobel Peace Prize to the National Dialogue Quarter in Tunisia came as a surprise to many. Many people have learned about the existence of such an organization from the news. Yet, the choice of the Nobel Committee does not come strange at this point. Tunisia is different when compared to other countries of the "Arab Spring."  In Tunisia, it all ended with less blood, so I understand why they were given this award. Yet, the choice of the official body to which the prize can be given is strange. They could have given it to  the former president of Tunisia, who did not let the conflict out of control," the expert told Pravda.Ru.

Yet, 219 were killed, 510 were wounded, the country suffered €1.6 billion of direct damage. Tunisia triggered other "color revolutions" throughout the region, including Jordan and Egypt ... "Compare this to thousands of victims in Syria, the collapse of Libya and the revival of Islamism in Egypt. That was less blood indeed," the expert concluded.