Netherlands to cooperate with Russia for MH17 disaster investigation, no tribunal intended

Dutch ambassador to Moscow, Ron van Dartel, stated today that the Netherlands was ready to cooperate with Russia to investigate the crash of Malaysia Airlines Boeing, Flight MH-17, in the Donbass. 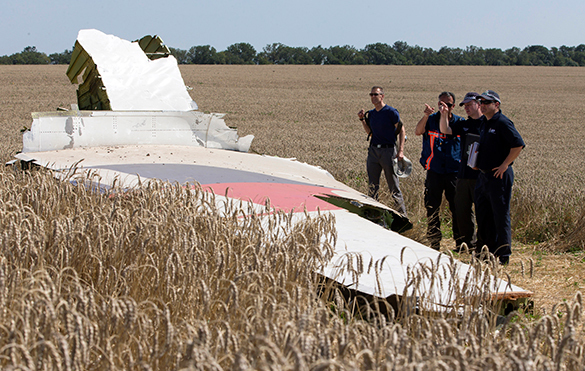 "Yes, we did cooperate at the Netherlands Research Council for Security, we cooperate in the criminal investigation, and we are ready to continue this cooperation," RIA Novosti quoted the official as saying, Pravda.Ru reports.

The publication of the final report on the rash of the Malaysian Boeing in the Donetsk region has been postponed tentatively till February 2016.

Earlier, experts from the Netherlands stated that the final report with the results of the criminal investigation would be presented in mid-October.

The Ambassador of the Netherlands to Moscow, Ron van Dartel, stated that there would be no international tribunal to investigate the crash of the Boeing. This became possible after Russia used the veto right at the UN Security Council to block the initiative.