Two explosions occurred near the central train station in the Turkish capital of Ankara. Soon after the blasts it was said that the explosions claimed the lives of 20 people. However, hours later, the death toll has increased to over 80. 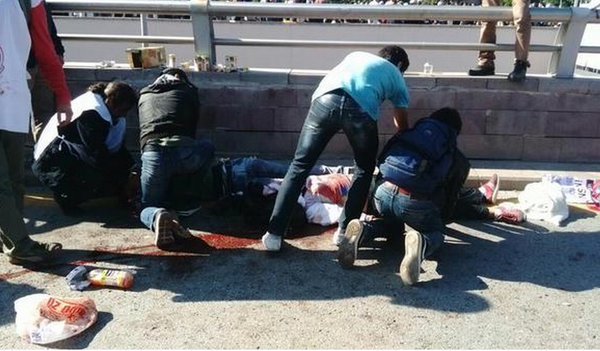 The explosive devices detonated during a peaceful demonstration that was called "Labor. Peace. Democracy.", Turkish trade unions and the Medical Chamber of Turkey were taking part in the demonstration when the explosions took place. The terrorist act took place on the site, where pro-Kurdish activists gathered for an anti-war march.

The demonstration was organized to protest against the attacks of the Turkish Air Force on the positions of the militants of the Workers Party of Kurdistan in the south-east of Turkey.

Eyewitnesses said that riot police blocked the road for ER vehicles, forcing the demonstrators to clash with the police to clear the way for the vehicles to evacuate the victims.