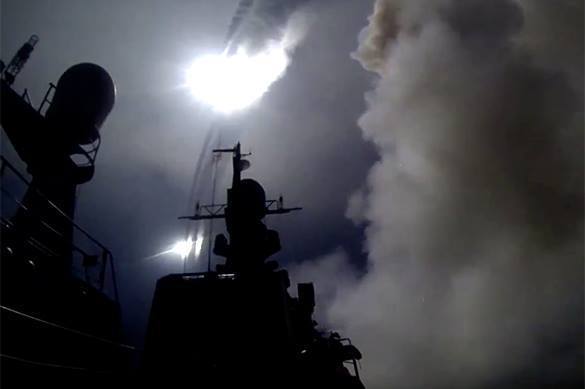 In the course of another phase of the anti-terrorist operation that Russia is currently conducting in Syria, the Russian Armed Forces used long-range cruise missiles.

"A naval strike group of the Russian Navy launched a massive attack with sea-based cruise missiles from the designated area of ​​the Caspian Sea on objects of infrastructure of the Islamic State in Syria. Caliber NK missiles have successfully destroyed all of the set targets. The accuracy of destruction at long distances made up not more than three meters," a message posted on the website of the Russian Defense Ministry said.