USS Porter has entered the water area of the Black Sea on October 7. The destroyer is equipped with Aegis air defense system and Tomahawk missiles, Turkish news websites report, publishing photos of the US vessel passing through the Bosphorus. 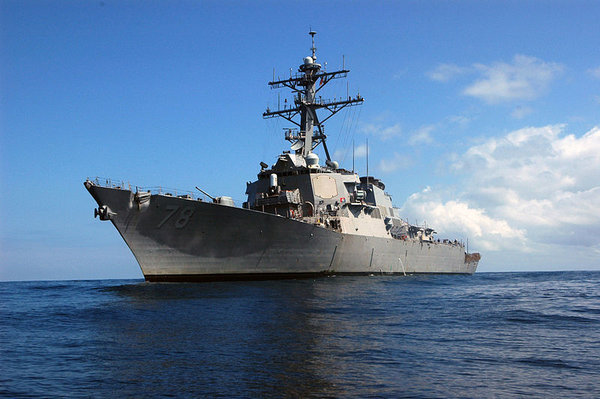 According to US officials, the destroyer was sent to the Black Sea to maintain peace and stability in the region. The mission is being carried out in the framework of Atlantic Determination Operation. The goal of the operation is to show support for NATO allies of the United States in the Baltic and the Black Sea regions in the light of the Ukrainian crisis.

USS Porter, based in Rota (Spain), conducts naval operations in cooperation with NATO allies and partners in the area of ​​operational responsibility of the Sixth Fleet of the US Navy to promote security and stability in the Black Sea region, officials said. The United States remains committed to maintaining permanent presence in Eastern Europe, they added.

US Navy vessels regularly enter the Black Sea, acting in accordance with the Montreux Convention and international law. The Convention limits the time of stay for non-Black Sea warships in the Black Sea to 21 days.

USS Porter is one of four US destroyers of the missile defense system stationed permanently in Europe. Along with Aegis ground missile bases that are currently being built in Poland and Romania, they constitute an integral part of the program of building the European missile defense system.