Lindsey Hilsum, a British journalist, a Channel 4 News international editor, wrote in her article for The Guardian that the Syrians residing in the areas controlled by Assad troops hope that the Russian-led military operation against the Islamic State will put an end to the war. Many Syrians, Hilsum wrote, see Russians as their saviors. 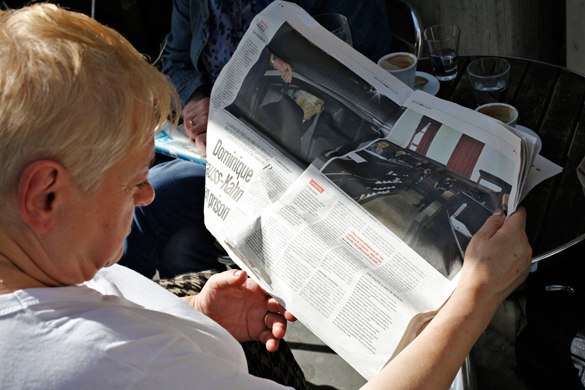 "The Russians are the heroes of the hour. People greet the few foreigners who visit with a cheerful Russian "Dobry den!" and shout out their enthusiasm for President Putin, who they believe will deliver them from terrorism," RIA Novosti quoted the article, Pravda.Ru reports.

According to Hilsum, many Syrians are convinced that the West supports the Islamic State. "We can see that the Russians are determined to defeat Daesh and the terrorists, whereas by contrast the Americans and their coalition don't seem to have the same determination," the governor of Tartus, Safwan al-Saada said.

Most people living on the territories controlled by the government troops of Bashar Assad say that they are ready to serve their leader. All of them hope that the war will stop in the near future.

At the same time, however, British Prime Minister Cameron is convinced of the opposite. According to him, Russia's anti-terrorist operation in Syria is a mistake, because Moscow support Syrian President Assad.