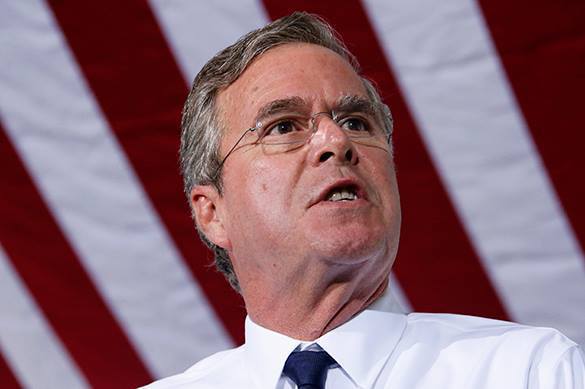 Jeb Bush, a US presidential candidate, believes that Washington has not shown proper reaction to Russia's military operation in Syria.

Jeb Bush is convinced that Washington should show strength on Russia and Russian President Putin to stop Moscow's participation in the Syrian conflict.

"This is outrageous. He's attacking the Syrian free army. The remnants of an army that we -- got the support during the time when it actually had strength and now instead of us creating a no fly zone, he's in fact saying there's a no fly zone including American Air Force. So we're in a position right now where if we don't show strength, this will create problems not just in Syria, but the rest of the world," Jeb Bush said on MSNBC.

According to Bush, Russia is thus trying to spread its military influence in other parts of the world. To stop Russia from doing that, Jeb Bush offered to tighten sanctions against Russia and entrust the struggle against ISIS to USA's partners in Europe.