Donald Trump threatens to oust all Syrians from US

Donald Trump, politician and billionaire, plans to evict all Syrian refugees as soon as he takes office as President. 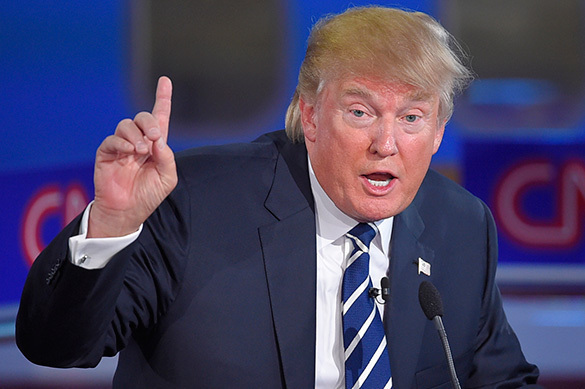 Republican presidential hopeful Trump said during his speech in New Hampshire that he would deport all Syrians from the country in case of his victory in the US presidential election.

Donald Trump has insulted representatives of other nationalities and migrants before. For example, the politician insulted many Mexicans, when he offered to build a wall on the US-Mexican border.

Noteworthy, Donald Trump may very often contradict to himself. Not that long ago, he urged the US authorities to accept Syrian refugees, as these people were fleeing from hell, as he put it.

The US does not experience problems because of the outflow of refugees from the Middle East and Africa. Since the beginning of the Syrian conflict, the country has taken a total of 1,500 refugees as opposed to 500,000 refugees in the European Union.

Earlier, White House spokesman Josh Ernest promised that the US would welcome 10,000 refugees from Syria.