Get hold of Syria, or milk Russia? Hollande and Merkel quarrel over resources

The German Chancellor Angela Merkel believes Bashar al-Assad's involvement in the talks on Syria is a must. The French President Francois Hollande supported Frau Merkel. What does it mean? What did instigate Merkel to make such an initiative? Karl-Heinz Wendt, Chairman of the German Society for the Protection of Civil Rights and Human Dignity commented Pravda.Ru on the issue. 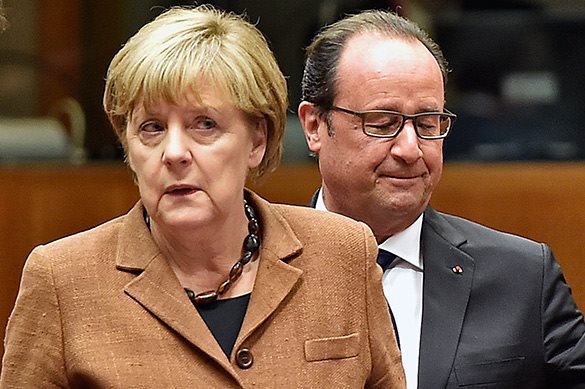 According to him, the so-called refugees crisis is a culmination point of the development, which has been taking place for several years so far, and is characterized with various contradictory economic interests of the parties, which take part in political and military clashes in the region.

"France and Great Britain have always had the strongest interest in the use of natural resources of the whole Middle Eastern region. Germany used to distinctly restrain itself from a large-scale military intervention. The Germany's energy interests are aimed at the East, at Russia," Karl-Heinz Wendt told Pravda.Ru.

The German human rights advocate noted, that interests of various EU countries differ about this significant issue. "Thus, it is strange, that the French President backed the initiative of Merkel. Now, we can see an alteration of attitude to Assad, German's attempt to point out its leading power in Europe, as well as strengthen its role at the global stage given inevitable settlement of the whole crisis in the Middle East," Karl-Heinz Wendt added.

He also noted, that Russia's political and practical steps "to support Syria in fight against the Islamic State" cannot be neglected. The Americans realized that they should change their policy in the Middle East.

"This step of Germany evidences deep contradictions in the EU, which are clearly expressed in the EU countries' impotence to tackle the refugees crisis," Karl-Heinz Wendt concluded.