Jeb Bush offends migrants, speaking against multiculturalism in US

The US presidential candidate Jeb Bush made a rather ambiguous statement on migrants, while speaking with potential voters in the Northern Iowa. 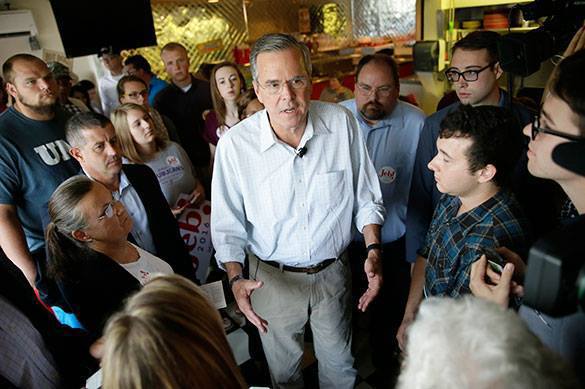 As he claimed, he stands against multiculturalism in the US, which is brought by refugees, who "close themselves off from American culture" and thus, deprive themselves of the US economic rewards.

"We should not have a multicultural society," he said.

On Monday, Jeb Bush took the floor in Houston, Texas. However, the people, who gathered there, did not manage to learn the real opinion of the Republican politician on migrants, as the meeting was disrupted by refugees' rights campaigners.

They accused Bush of insincere statements and added that he matches his stance on migrants to those of other candidates.

Also read: German Vice Chancellor: US should take blame for refugees in Europe