15:47
Finnish admiral suggests Russians be buried in the land of Finland, as in 1939
15:27
India stops negotiations with Russia on the purchase of Ka-31 helicopters
15:00
Up to 16,000 Ukrainian soldiers entrapped in Luhansk People's Republic
14:53
Expert explains what caused the 'firework' above Azovstal
13:28
Azovstal falls: 265 Ukrainian fighters leave steel plant and surrender
13:06
Moscow says Finland and Sweden's entry into NATO will 'untie' Russia's hands
12:53
Kremlin declared the United States hostile to Russia
Author`s name Pravda.Ru 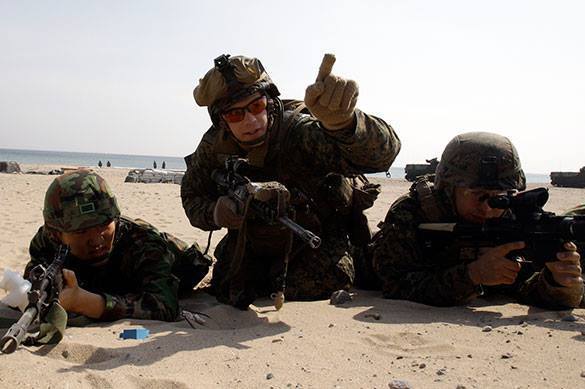 The US marines have tested capabilities of a new military robot, developed by Google.

The testing of defence technologies took place at the Marine Corps Base Quantico in Virginia.

Prototype of Boston Dynamics has four legs and weighs 70 kilos. It is also equipped with a hydraulic gear.

Robot Spot has a Light Detection And Ranging laser imaging sensor, and can be operated by a soldier being as far as 500m away.

The current Google's development is noiseless in comparison with its predecessors, that allows it to be involved in military operations and intelligence.