Ukraine is to create a 10th mountain assault brigade. According to the top military officials, the brigade aims to defend the region of Bukovina from potential territorial claims from Romania. 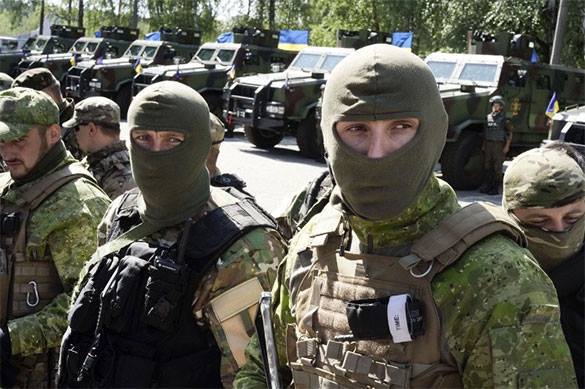 Ukraine has started defending itself from Europe, instead of integrating into it just after 2 years since the Euromaidan took place. As paradoxical it may seem, the fact is that the brigade is being created for defence from a neighbouring European country.

"The Ukrainian Minister of Defence took decision to create a mountain assault brigade under the number of 10. It will be located in the town of Kolomyia. Our goal is to see what is left there from the military sites built during the USSR, make a reconstruction and re-equip the quarters. Then we'll be ready to recruit about 1,000 volunteers. Apart from people with combat-related skills, we need drivers, mechanics, medical workers, and even financiers. We offer a decent wage, social benefits, education, and promotion given budget financing," Colonel Victor Kevlyuk claimed.

The minimum wage is reported to be of 220 dollars.

That is, Russia is no longer an enemy, but the EU partners, who draw new maps of Ukraine.

One of the officials intimated that there is another territory where the fighters able to operate in the mountains may come in handy, i.e. the Crimea.

Given the present rates, Ukraine faces restitution and "dissection" very soon. Romania looked out Bukovina, Poland looked out the Lviv region, Transcarpathia cries out for Hungary. Thus, the prospect of a unite and integral Ukraine is quite dull.