The Lithuanian police stopped an Opel Astra automobile with the Latvian numberplate, while patrolling Via Baltica highway, which goes to Finland through Poland and Lithuania. 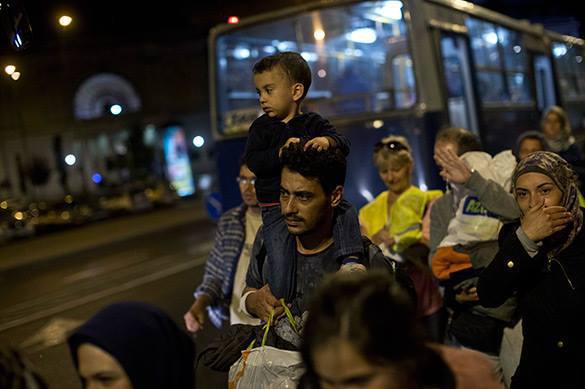 Confused passengers prompted the police, they had something to conceal.

The Finn resident, who drove the car, showed an Iraqi passport and a Finnish housing permit. Among four other residents, only one of them had a housing permit. Two passengers had no documents at all.

As the driver said, they arrived to Turkey from Iran, and then further to Hungary. Thus, two foreigners with a Finnish housing permit managed to transport illegal migrants through Hungary, Slovakia, Poland, and were detained in the territory of Lithuania.

All the detained Iraqis have been handed over to the Polish frontier guards, as they arrived to Lithuania, crossing the border with Poland. Two suspect for illegal migrants transportation have been arrested. The investigation is being carried out.