Australians substitute a rough politician for sly one

The Australian Parliament has sent the country's PM Tony Abbott a letter today, where they offered him to resign. 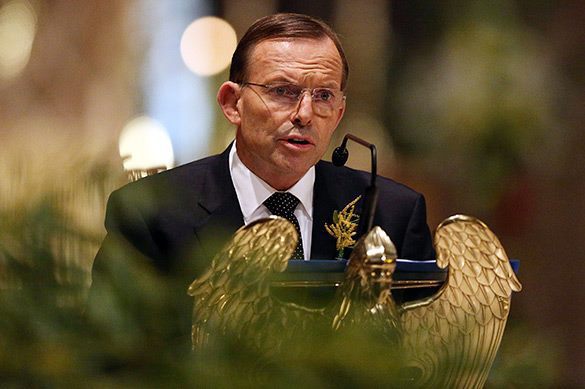 The Ministers claimed that the economic policy was not successful in Australia under his governance.

According to local media, Julie Bishop, the head of Australian Foreign Ministry and Malcolm Turnbull, Leader of the Liberal Party filed the request.

He added that the country needs a different style of leadership.

A 7-day strike of port trade union employees against mass dismissal in Sydney and Brisbane has just stopped, but business representatives demand to reduce expenditures on social payments. Irina Ostroukh, senior fellow at the Research Centre for Europe and America told Pravda.Ru that the goods were supplied to China, but now China does not need them, as being oversaturated. Thus, Australia has to reduce its production.

Financial Review criticized Abbott for mixing up in the Syrian conflict and fight against the IS on the model of the US, while having enough of its own problems. Nataliya Stapran, Director of the Russian Research Centre for Asia-Pacific Economic Cooperation commented Pravda.Ru on the issue. "Australia is an absolute ally of the US. Their politics is unlikely to change within a new leader. Thus, the US pins strong hopes on Australia in the context of new security system. The relationships were quite advanced within the US-Japan-Australia triangle. The US most likely not to allow them to change this foreign policy," Nataliya Stapran concluded.