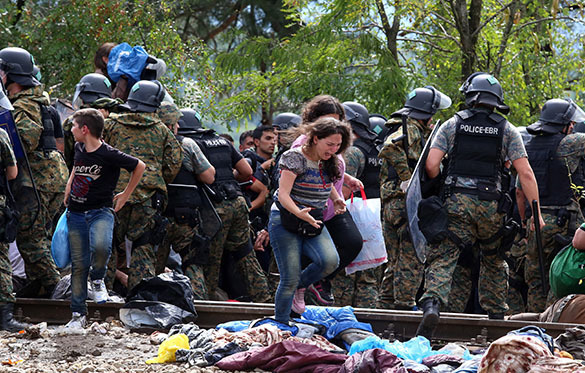 Thomas de Maizière, the Federal Minister of the Interior claimed that the control is to be restored for reasons of safety, first of all on the border with Austria in Bavaria. Dozens of thousands of refugees crossed the border in this area last week.

As Bayerischer Rundfunk reported, about 63,000 refugees have arrived to Bavaria since the end of August, mainly through Munich. The experts believe that the decision was taken given complaints from the regions, which are on the verge of their own capabilities. According to Bild, representatives of the Christian Social Union in Bavaria (CSU), a Bavarian partner of Angela Merkel within the governing coalition, threatened the Chancellor to quit the coalition, unless the refugees' inflow comes to an end.