Bolivia has 30% lower drugs production after booting out US Agency

The Bolivian government has reported a significant reduce of illegal drugs production and distribution for the last 5 years. 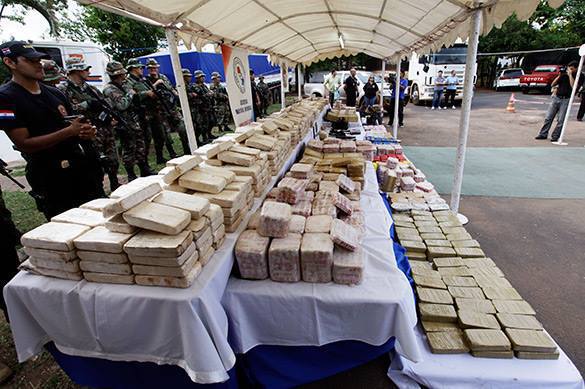 The Bolivian experts believe that their work got improved after the US Drug Enforcement Agency representatives had been kicked out of the country.

Employees of the American Agency were booted out in 2008 following charges of conspiracy and espionage.

Bolivia achieved a 30% reduction in the amount of coca fields, not resorting to any strong-arm police state tactics, as the US incited to, but finding alternative crops for farmers to grow that would actually make them more money.

"It's not only about making money off a crop. In the old fashioned alternative development approach, we substitute one illicit crop for a licit crop. It's about a more comprehensive approach that includes access to essential services like schools, hospitals, and roads in areas that traditionally have been hard to reach," Antonino de Leo, UNODC's representative in Bolivia claimed.

The UN noted that Bolivian coca cultivation is now at its lowest point since the world body began monitoring it in 2003.