Despite reached armistice agreements, South Korea intents to renew military operations on the border of demilitarized zone with the North. 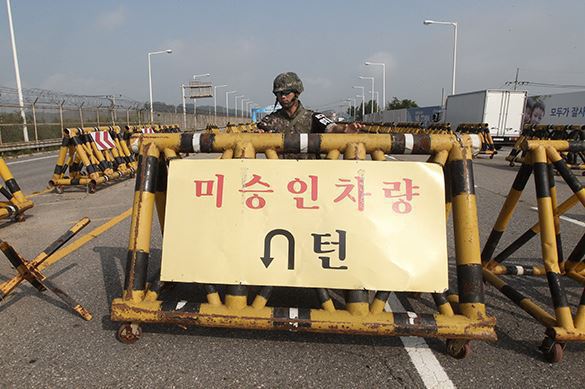 The South Korean Ministry of Defence explained this fact with more frequent provocations from the DPRK.

"South Korea plans to renew its military posture by taking into account the North's land-mine provocations and the outcome of joint military drills between Seoul and Washington. In particular, the South plans to draw up measures to conduct aggressive military operations at the DMZ," the Ministry reported.

The South Korean representatives added that the necessity of drills is also caused by North Korea's plans to launch long-range missile in October to commemorate the 70th Anniversary of the Workers' Party.

Construction at its rocket launch facility in Dongchang-ri on its west coast border is being currently finished. In recent satellite imagery, a new 67-meter-tall gantry has been spotted on the site, which experts says can be used for the launch of long-range missiles twice the size of the 30-meter Unha-3 that was launched into orbit in December 2012.

Also read: If North Korea strikes, the West will shudder