New US leader should defeat IS, Putin, and Ebola, Clinton says

The US strategy of national security may not be renovated even under a new President. 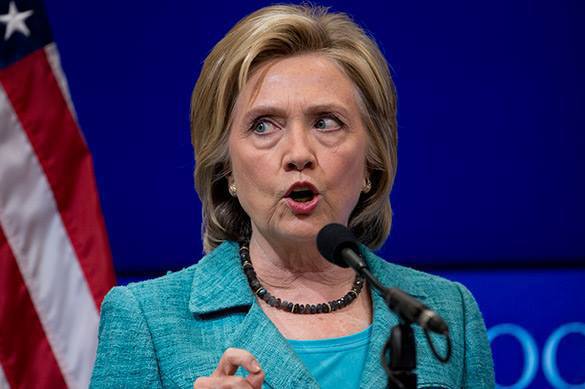 As Pravda.Ru reported, the current leader Barack Obama called the Ebola virus, the Russian policy, and the Islamic State to be the main threats to the US, while speaking at the UN General Assembly almost a year ago.

Now, the potential successor and former US Secretary of State Hillary Clinton believes that the next US President should have the same goals, but the aggressive Russian policy is stated more particularly, that is "the policy of Russian President Vladimir Putin".

As she claimed, the US needs a leader with firm views given the future, with will and determination on its achievement.

With such remarks, Hillary hinted distinctly that she is actually that leader.

The Russian Ministry of Foreign Affairs reacted calmly and pointed to the "cliched" US thinking given its concern for national security.