US cops to use drones to disperse protestants

Local authorities of the American State of North Dakota became first to legalize the use of drones by police. 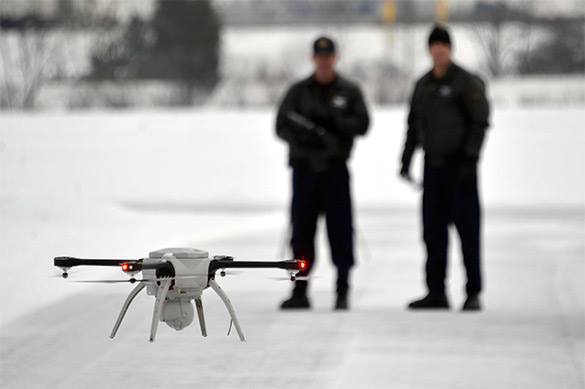 The police officers got drones equipped with non-lethal weapon. These are tear gas, tasers, rubber bullets and pepper spray.

The drones are reported to be used during mass protests and civilian mutinies.

It is still unknown whether the American police will have right to use drones equipped with lethal weapons in near future.

The original draft of the House Bill which said, "a state agency may not authorize the use of, including granting a permit to use, an unmanned aircraft armed with any lethal or non-lethal weapons, including firearms, pepper spray, bean bag guns, mace, and sound-based weapons," was amended by the state police.