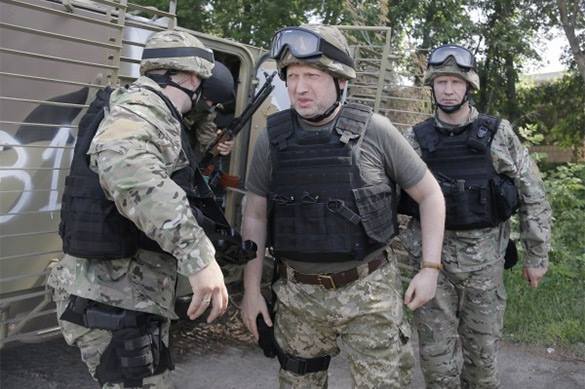 Instead of a regular attempt to implement the Minsk Protocol and withdraw weapons from the front line with Donbass, the Ukrainian army has boosted its military power in the South-East of the country.

Oleksandr Turchynov, current Secretary of the National Security and Defence Council of Ukraine claimed today that the Ukrainian Armed Forces had been replenished with new fighting vehicles, as well as the artillery and rocket systems had been doubled.

It is not reported whom Kiev is going to shell with this arsenal, as it allegedly implements the Minsk Protocol.