Riots in Moldova may grow into coup

Thousands-strong protests has taken place in Kishinev, the capital of Moldova on Sunday. People demand resignation of the government, as well as more consistent eurointegration. At the same time, a pro-European coalition is currently in power. Aleksey Tulbure, political consultant, former Moldovan representative to the UN and Council of Europe commented Pravda.Ru on the issue in an interview. 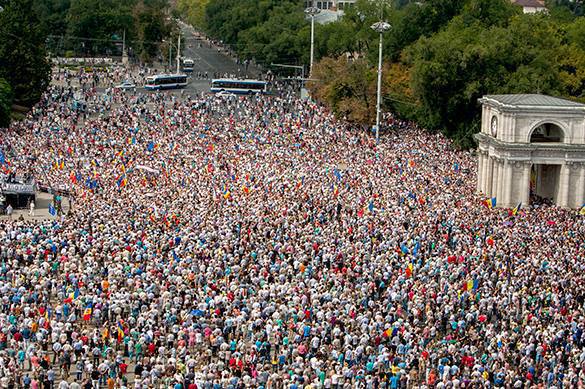 "They call themselves a pro-European coalition, but their acts directed at the opposite. Governments that have been alternating with each other since 2009, have almost killed the idea of the European integration in the Republic of Moldova. Today, Moldova is recognized as an occupied state. And that is not only according to the local experts, but also such high-ranking officials as Secretary General of the Council of Europe. The occupied country serves the interests of a group of people rather than those of the society, it does not provide population with basic services," Tulbure claimed.

The expert noted that public prosecutor covers crimes of the ruling elite, while anti-corruption centre is its source, it is used to blackmail political and economic opponents of those controlling the centre. According to him, there is nothing related to the idea of democracy in the country. There is no independent justice, judicial system takes part in illegal takeovers and criminal schemes on money withdrawal from the country's currency reserves.

"Last November some banks, including the National Bank, General Prosecutor Office, the Supreme Court and some other state agencies withdrew €1 billion, which set on the offshore accounts of the Moldovan leaders. Thus, people protest not against Europe, but against those, who discredit this idea," Aleksey Tulbure concluded in the conversation with Pravda.Ru.

Tulbure also noted, that the authorities are not afraid of elections, as they control the Central Election Commission.