US official unemployment statistics has nothing to do with reality

Independent American analytic portal End Of American Dream reveals lies of the Obama administration official statistics on unemployment, that has nothing to do with reality. 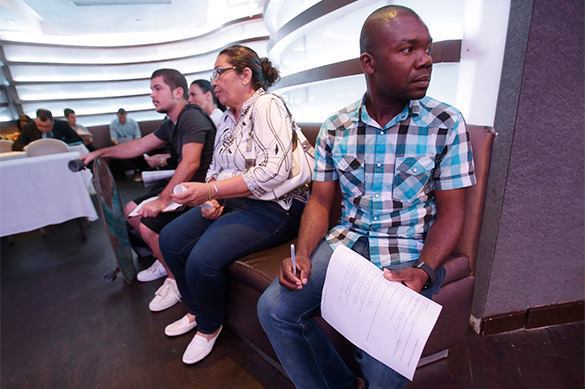 According to the White House, level of unemployment in the US fell to 5.1%. On Friday, news outlets all over America celebrated the fact that the US economy added 173,000 jobs in August.  The Americans were told that the unemployment rate has fallen to a seven year low and that wages are going up.

"But do we actually have anything close to "full employment" in this country?" Michael Snyder asks.

The truth is that the only way they have been able to get the official "unemployment rate" to steadily go down over the past few years is to eliminate hundreds of thousands of Americans that are chronically unemployed from the official labor force numbers every month.

The fact is that 220,000 more Americans entered the work force in August. 196,000 more Americans were employed. In the real world this would result in the unemployment rate going up. Not in the Bizarro world of the US Bureau of Labor Statistics. They expect the peasants to believe that 261,000 Americans, of their own free will, voluntarily left the workforce in August because they don't need a job to pay the bills, feed themselves, and keep a roof over their heads.

At this point, the percentage of Americans that are actually considered to be "participating in the labor force" is the lowest that it has been since 1977.

According to the Obama administration, more than 94 million working age Americans are "not in the labor force", and so they don't count as being unemployed.

If honest numbers were being used, there would actually be an unemployment rate of 22.9% in this country.

Also read: The US Economy Continues Its Collapse