US afraid for Navy because of Russia-China union

Paul Schwartz, an American expert from the Center for Strategic and International Studies presented in Washington a report "Russia's Contribution to China's Surface Warfare Capabilities: Feeding the Dragon". According to Schwartz, "improved maritime strike capability has given Chinese warships a much greater chance of competing against their U.S. counterparts". 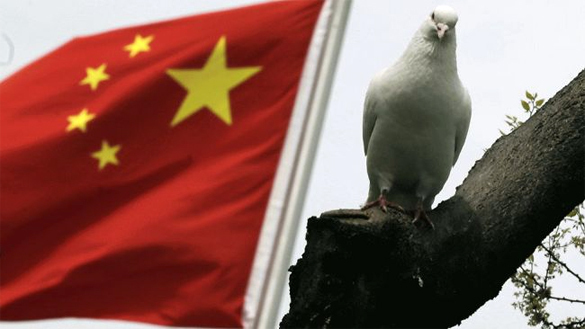 Improved naval air defenses allow its warships "the ability to operate at increasingly great distances from shore". And this success of the Chinese military is due to Russia providing ships and technologies after the end of Cold War, the American expert believes.

Now, the naval technologies in China have made a significant breakthrough. And if it continues, it will "complicate the task of U.S. pilots", and may become a serious problem for the Pentagon, as during the Vietnam War.

Nonetheless, a number of specialists in the US claim that China will need 10 to 20 years to be able to oppose the US Navy. Thomas Karako, a senior fellow at CSIS said that "Russia is selling China the rope to hang the U.S. Navy".

It is concluded in the report that, "prospects for increased arms sales from Russia to China seem greater now than they have been in many years, and not solely in the maritime domain".

Jeffery Mankoff, director of the CSIS's Russia and Eurasia program, noted in its turn that Russia also supplies modernized naval and air systems to Vietnam and India, which rival China.