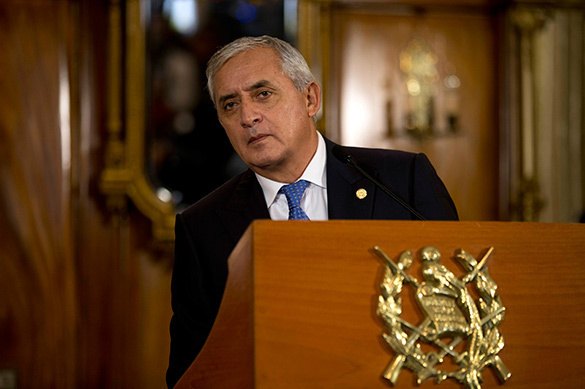 The President of Guatemala Otto Pérez Molina resigned after there had been issued the arrest warrant given accusations of creating an extent corruption net.

According to the Attorney General's Office, the detention order was signed by judge Miguel Angel Galvez.

The corruption investigation had been launched upon the request of the opposition party under the President's alleged involvement in the bribery schemes for lowering customs duty for those importing products into the country.

Yesterday the immunity of Molina was removed. He is also prohibited from living Guatemala.