US lifts sanctions from 36 Cuban companies

The US government lifted sanctions from 36 Cuban enterprises, 21 individuals and 3 vessels. 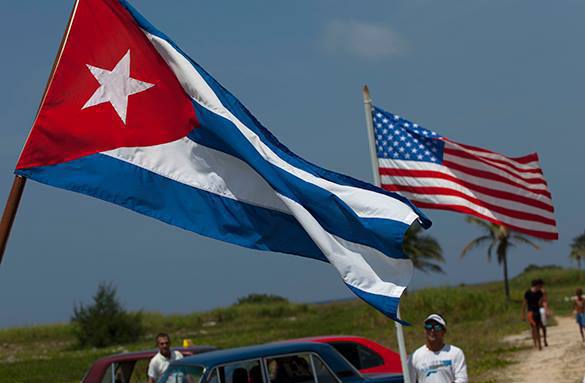 The corresponding decision was taken by the US Department of the Treasury, as they considered these companies as not existing and thus automatically lifted sanctions from their employees as well.

Many of those companies were registered in Panama, where the Cuban trade presence is quite strong. The companies, which have headquarters in Germany, Spain, Ecuador, and Jamaica were also excluded from the black list.

The US used to put the Cuban enterprises on the black list given their alleged involvement in terrorism and drug dealing.

Pravda.Ru reported that the US Secretary of State John Kerry had recently opened the American embassy in Cuba. That was the first official visit of the US representative to Cuba since 1945.

Also read: Diplomatic relations: The game of the USA with Cuba