Poroshenko and Yatsenyuk trade sits in Parliament for million dollars

The Ukrainian businessmen were buying sits at the Parliament at $3 to $10 million per mandate, head of the European Business Association in Ukraine Tomas Fiala claimed. 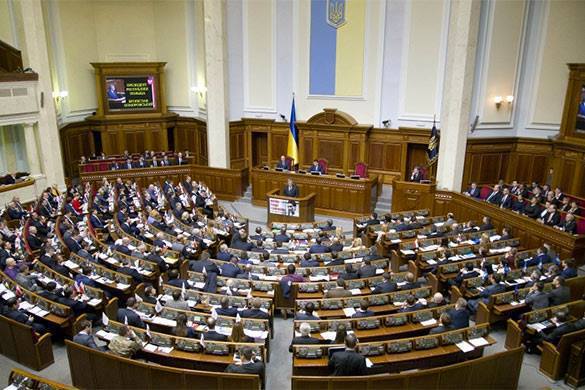 Founder of the Dragon Capital investment bank told Der Spiegel that during the last parliamentary elections in Ukraine, businessmen were buying sits at $3 to $10 million. Fiala was born in the Czech city of Brno, but has lived in Kiev since 1990. During the "Euromaidan" in Ukraine he was among the other demonstrators.

According to him, businessmen were buying sits in order to "lobby their interests" in the parliament.

Yatsenyuk and Poroshenko went the length of it to fund their pre-election campaigns. Fiala explained that "Yatsenyuk did not have his own money, while Poroshenko prefers not to take his capital".

He also noted, that corruption is a serious problem for Ukraine, but the West should keep providing Kiev with its aid, as "these are good investments".

"You shouldn't convince the citizens any more of the need for changes. They are ready to struggle. The gas tariff increased several times, and there were no decent protests given that. Beside that, Ukraine will be dependent on the Western creditors for some years. It's a lever in the hands of the foreign countries".