Pope Francis joined seven other Nobel Prize winners in a campaign calling for dialogue between Argentina and the UK to find a peaceful solution to the Falklands. 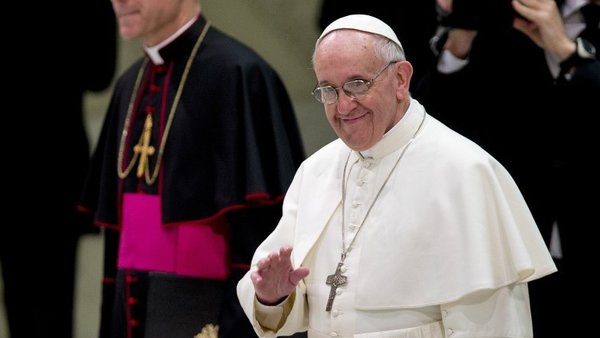 Pope Francis joined a campaign calling for the United Kingdom to agree to a dialogue with Argentina over possession of the Malvinas Islands - Falkland Islands for the British. The remote archipelago in the South Atlantic has been a matter of dispute between the two countries for two centuries. In 2013, Argentina had requested the intervention of the Pope in the dispute over the Malvinas Islands.

Argentina claims sovereignty of the islands, which it inherited from Spain and which were occupied by the United Kingdom. The United Nations (UN) considers the archipelago disputed territory and 50 years ago issued Resolution 2065, urging the two countries to seek a negotiated solution.

But the UK believes that the future of the islands should be decided by the residents, claiming the principle of self-determination. Argentina says that the principle only applies to a native population and the inhabitants of the Malvinas are descendants of British settlers.

The dispute resulted in a war in 1982, when the Argentine military tried to recover the islands and were defeated by the British Armed Forces. But Argentina still claims sovereignty of the islands. This year, the fiftieth anniversary of Resolution 2065, a campaign was launched calling for dialogue between the two countries to to settle the issue.

Seven Nobel Prize winners have endorsed the campaign. And the pope - who is Argentinian - took a picture with the sign that says: It's time for dialogue between Argentina and the United Kingdom over the Malvinas. The president of Argentina, Cristina Kirchner, released the photo by social networks on Wednesday 19.

Translated from the Portuguese version of Pravda.Ru by Olga Santos