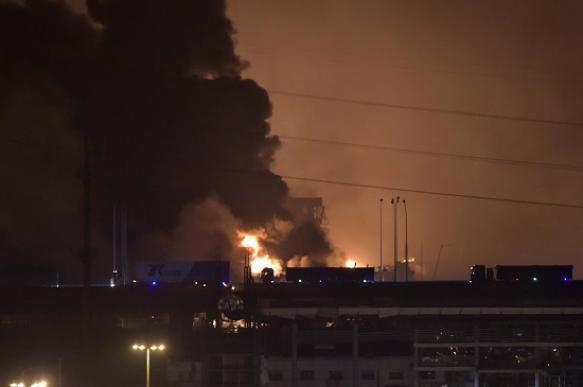 Traces of nerve gas have been detected in the contaminated air of the Chinese city Tianjin after a series of explosions.

Experts claimed that sodium cyanide and nerve agents are present in the air.

Li Xinghua, a fire official said that the levels of these substances are dangerously high.

The Chinese authorities meanwhile keep silence over the reasons and consequences of the largest industrial catastrophe of the country, that took place on 12 August. While the blasts are still going on, the Tianjin residents take to the streets and protest. Even progovernment Chinese mass media is concerned over the veil of silence.

Also read: So what exploded in China on 12 August?