President Francois Hollande has attained nothing but a significant drop of economic indices for three years of his being in office, according to the French Boulevard Voltaire. 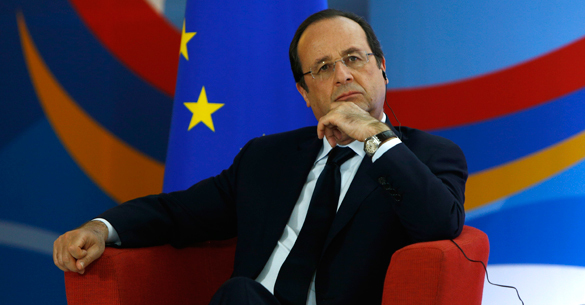 Hollande's actions are reported to have lead to as much as 54 billion euro losses for less than 3 months. ''Our 'brave' President keeps making mistakes in geopolitics, that French taxpayers will be paying for,'' the article says.

It is also noted that France will pay Russia 2 billion euro for not delivering Mistrals, and taking into account that France lost one billion euro not having finished two of the warships, total loss of the country makes up 3 billion euro.

As a result, France also lost a contract worth 48 billion euro on delivering 26 Dassault Rafale fighter aircraft to India. The agreement worth 5.2 billion euro to deliver these fighter jets to Egypt is also under threat of failure.

Meanwhile, France is looking for some clients to buy helicopter carrier warships. Turkey and India are named as possible candidates.

Alexey Fenenko, Assistant Professor, Department of World Politics, Moscow State University told Pravda.Ru that it's unlikely as for Turkey. ''India may think over it, but it has enough money only for one Mistral. The main reason is price, these are too expensive ships. Such a country like Turkey, that has entered a great war recently, can hardly afford buying Mistrals.''