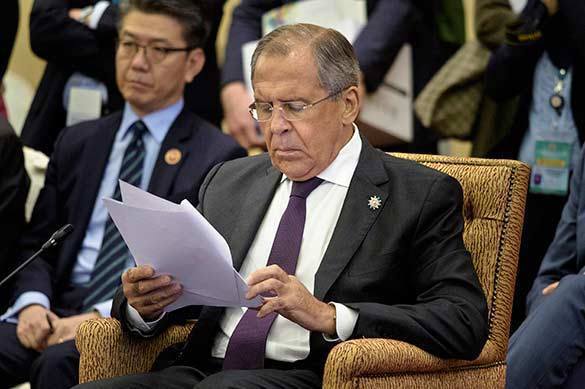 US Department of State Mark Toner said that it was either a selective reading or deliberate disregard of facts." According to Toner, the US president has been consistently saying since 2009 that the European missile defense system was needed to protect the United States and its allies from ballistic missiles of the Middle East. Therefore, Toner added, the agreement with Iran, if it is fully implemented, will only solve the problem of nuclear weapons without removing the threat posed by Iranian ballistic missiles.

In an interview with Channel News Asia, Russian Foreign Minister Sergei Lavrov questioned US President Barack Obama's remarks about the need for the missile defense system in Europe. "In 2009, President Obama publicly said that should the Iranian nuclear issue be resolved, there would be no need in the missile defense in Europe. I think that he was not speaking the truth," Lavrov said.

Interestingly, Iran quickly ceased to be a target for the West. Earlier in Brussels officials said that the NATO missile defense system was not aimed at any particular country. The system was being built for defense against a real and growing threat. When NATO unveiled the US missile defense system base in Poland, the statements about the reasons for its opening did not contain a word about Iran.

US missiles threaten Russia's nuclear deterrent forces, thus becoming targets for Russian Armed Forces. Under such conditions, the Europeans will have to experience for themselves what life is like to live in the countries targeted by Russian nuclear missiles, such as Yars, Topol-M, Bulava, tactical nuclear weapons and cruise missiles of strategic bombers.