Donetsk and Luhansk to present their text for weapons withdrawal

Vladislav Deinego, an envoy of the People's Republic of Luhansk, stated that the text about the withdrawal of military hardware will be ready in two editions on August 26. 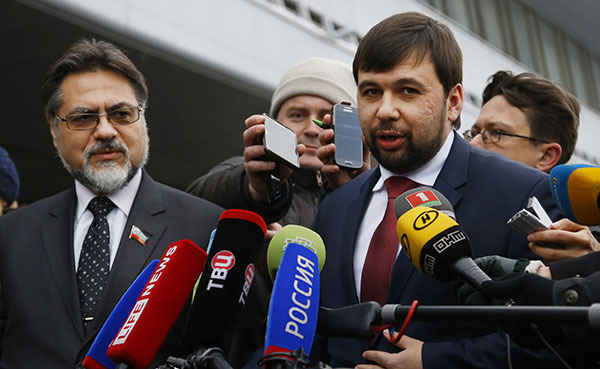 According to reports from the information center of Luhansk, Deinego said that one edition of the text will point out contradictions on certain sections, whereas the other edition of the text is the one on which Ukraine insisted after it refused from the coordinated version.

According to him, "this dual text will be proposed for consideration by the Contact Group on August 26."

The Contact Group for the regulation of the conflict in the Donbass finished its meeting in Minsk on Tuesday night. The joint statement from envoys of the People's Republics of Donetsk and Luhansk said that Kiev has taken the talks on the withdrawal of military hardware (less than 100 mm in caliber) from the Donbass to a deadlock.

The two unrecognized republics insist on the withdrawal of arms of up to 100 mm in caliber from hot spots in the first place.

However, OSCE representatives, having visited the south-east of Ukraine, stressed out that the Ukrainian army periodically starts mortar fire, forcing the militia to take arms as well.