Jimmy Carter: USA is a rotten oligarchy based on bribery

Former US President Jimmy Carter said he did not consider the present-day United States of America a democratic state. 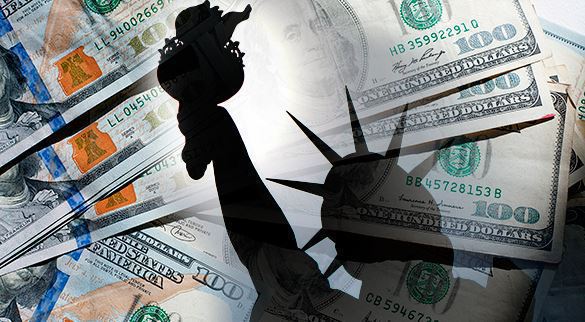 The 39th President of the United States made the statement in an interview with Tom Hartmann, a well-known radio host and progressive political commentator.

Carter criticized the practice of "unlimited political bribery" that has created "a complete subversion of our political system as a payoff to major contributors."

According to Carter, America has turned into a real oligarchy, where all power is concentrated in the hands of financial elite. This was made possible owing to the decision of the US Supreme Court, which entitled corporations to make unlimited financial investments into the political sphere of the country.

As the former political leader of the United States said, America has thus been deprived of all achievements of its political system. Currently, the States is a commonplace oligarchy, in which power is generated by means of bribes behind all presidential candidates and governors.

The political life in the United States has turned into a market, in which policy-makers receive big money for making certain decisions, said the former president. They are quite happy with the situation, he added.

According to Jimmy Carter, the unfortunate decision of the Supreme Court of the United States made during "Citizens United vs. Federal Election Commission" actually made the political system of the USA the worse in the world.

Earlier, former vice-president Al Gore described the political system of the United States as catastrophic. He also pointed out deep corruption of the American political sphere, in which politicians work for the interests of large corporations, rather than people.