US Ambassador enthusiastic over devastation in Donbass 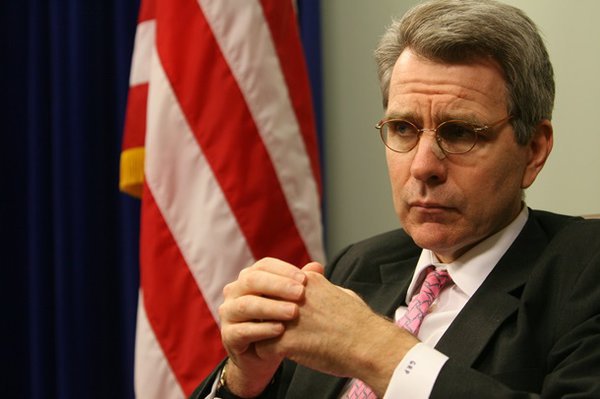 Pyatt visited the cities of Kramatorsk and Slavyansk. An alien "host of Ukraine", as former Prime Minister Azarov called him, was pleased with "endurance" of the local population.

While visiting destroyed residential areas, Pyatt noted, that the US continues providing Donbass with humanitarian aid worth of 62 million dollars.

He also promised to open a "new Window on America" at Slavyansk regional library. Pyatt took some photos of destroyed sceneries, as well as of a bridge which had been blown up by the Ukrainian fighters. The photos posted on his Twitter aroused indignation among the society.

"Pyatt melted when watching scenes and work of the American troops controlled by him," political expert Vladimir Kornilov said.

People also wonder why Pyatt did not melt on the genocide of the south-eastern Ukrainians. Ukrainian Prime Minister Yatsenyk had previously admitted the fact of genocide, carried out by the Kiev army during his visit to Paris.