The US State Department issued a caution, according to which such extremist groups as al Qaeda and the Islamic State plan new terror acts against the American citizens abroad. 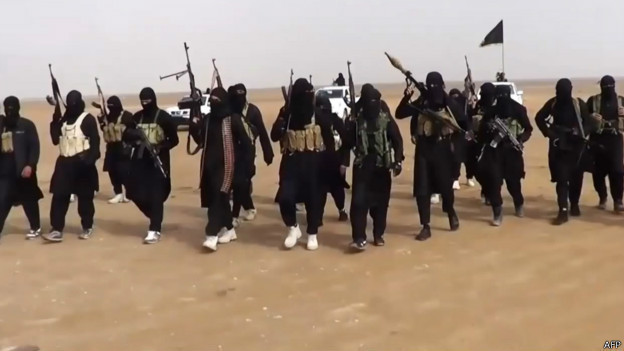 It is also mentioned in the document that in August 2014 the US and its allies started a military operation against the IS fighters in Iraq and Syria.

"In response to the airstrikes, ISIL called on supporters to attack foreigners wherever they are. Authorities believe there is an increased likelihood of reprisal attacks against the US, Western and coalition partner interests throughout the world, especially in the Middle East, North Africa, Europe, and Asia," the State Department said.

Extremists may use common weapons, as well as weapons of mass destruction, according to Washington.

The US authorities also possess inside knowledge of the terror acts being prepared by the Islamic groups in the Middle East, in the north and west of Africa, in South and Central Asia, and some countries of the south-eastern Asia.

The previous warning of the global terror threat was produced by the US Department at the beginning of the year.

African student killed in Ukraine was PMC Wagner fighter
15:53
Poland ready to hold referenda to annex all of Western Ukraine – Russian intelligence
14:51
Leaders of Chechnya and Buryatia harshly criticise Pope Francis for his light-minded remarks
14:06
Ursula von der Leyen deletes her video in which she spoke of Ukraine's losses
13:43
Russia to pay special attention to strategic nuclear forces in 2023
13:14
Russia tests new methods of the use of missile and artillery forces in Ukraine
20:59
Ukraine says all large thermal and hydro electric power stations damaged after attacks
20:11
Russia offers concessions to unfriendly states for easing sanctions
19:49
New Russian McDonald's to have books instead of toys in Kids Combos
17:41
US colonel says Zelensky may fall victim to Ukrainian nationalists
17:22
African student killed in Ukraine was PMC Wagner fighter
РусскийDeutschFrançaisPortuguese