The National Taxpayers Union Foundation tried to reckon how much money was spent on the Obama 5-day trip to Africa. 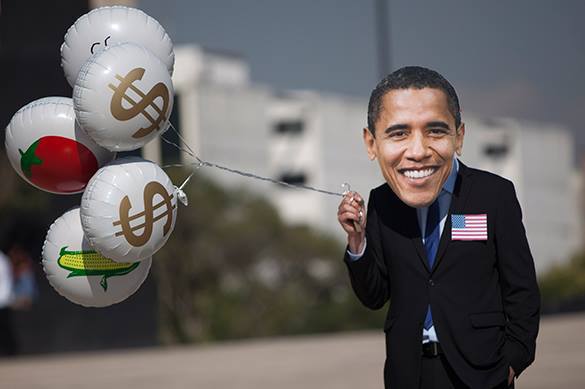 The US President visited his father's homeland Kenya, as well as Ethiopia and Sudan.

The records indicate that Obama clocked up only 29 hours of flight time since last Thursday. However, Air Force One costs $206,337 per flight hour to operate, so the total cost for the Africa trip is thought to be $5,983,773.

When the costs of Obama's entourage are added, it is believed that the trip will coast US taxpayers tens of millions of dollars, at the very least.

Obama was accompanied by 20 Members of Congress and additional members of the Executive branch on the trip. The costs of their upkeep is unknown.

"While flight costs can be estimated, the rest of the expenses associated with travel, including security, lodging, food, and more, not just for the President and Air Force One, but additional staff and airplanes, remains opaque." NTUF Policy Analyst Michael Tasselmyer said.

The Obamas' expenditures keep amazing. Last month Michelle Obama's excursion to Venice cost the American taxpayers as much as 120,000 dollars.

The independent Judicial Watch even sued the US President Secret Service to publish the Obamas' spending budget funds at off-duty trips.