North Korea to prevent a coup with nuclear weapons

North Korea has a rather aggressive reaction on the US attempts to destabilize situation in the country. 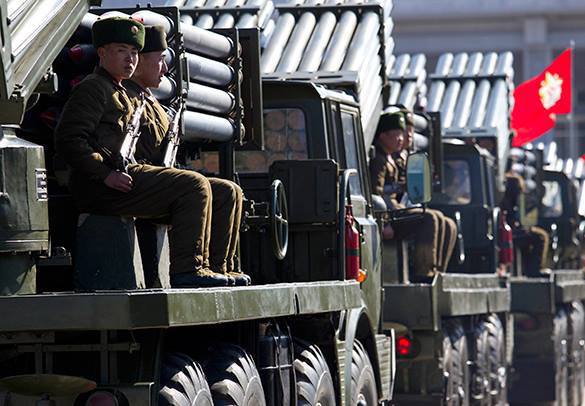 North Korea not only says about its anxiety, but also strengthens its protective capabilities, putting emphasis on nuclear weapons.

Kim Yong Jae, the North Korean Ambassador to Russia claimed, that Pyongyang is sure of the US carrying out military exercise with the South Korea for a good reason. The Ambassador assured, that their goal is a coup d'etat and change of power. Thus, the North Korea should be getting ready more actively to a nuclear war, in order to protect itself from the provocations of an unfriendly oversea state.

The Ambassador not even considers any possibility to hold talks on the refusal from the nuclear program in Iranian style.

Pravda.Ru reported, that the official Pyongyang intents to do its utmost to strengthen friendly relations with Russia. This stance was stated in the article published in the official newspaper of the Central Committee of the Workers' Party of Korea 'Rodong Sinmun'.