Russian Mistral goes to the Bay of Biscay

Mistral-class helicopter carrier 'Sevastopol', made by request of the Russian Navy is being tested in France. 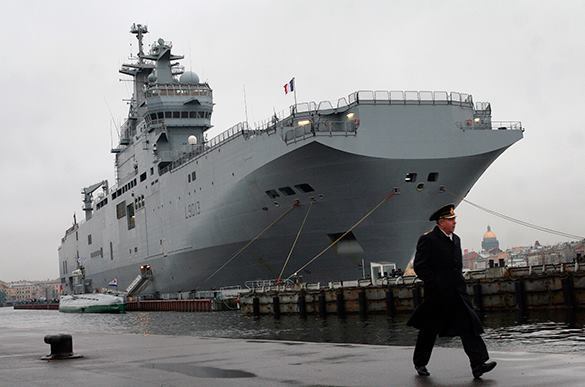 Currently it heads towards the Bay of Biscay.

The contract on Mistrals supply was signed by France and Russia in 2011. France should have delivered the first carrier 'Vladivistok' in November 2014, but did not managed to do it. Moscow is waiting for carriers delivery, or money back.

'Sevastopol' should have been delivered in 2015, but the European countries and the US block the delivery because of supposed Russian aggression in Ukraine. No evidence has been provided so far.

Pravda.Ru reported, that the French President François Hollande claimed yesterday, that the fate of Mistrals would be decided 'in the coming weeks'.

Also read: The French are glad to die for Mistrals, not love