The death penalty by hanging is resumed in Pakistan. Two convicted brothers Farooq alias Farooqa and Karim Nawaz were killed in such a way today. 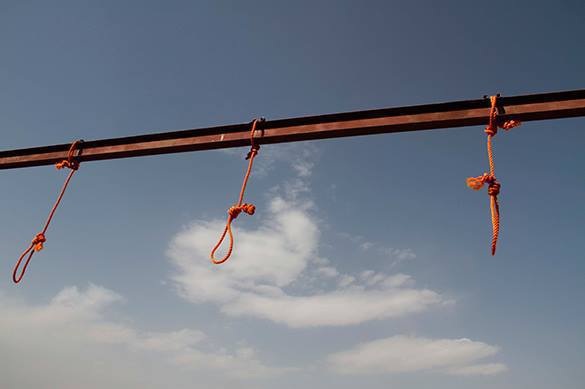 Pakistan had halted the procedure during the holy month of Ramadan.

The early morning executions in the central city of Multan brought the total number of convicts hanged since December 2014 - when Pakistan ended a moratorium on the death penalty - to 176, according to the independent Human Rights Commission of Pakistan.

Pakistan, the report said, ended the moratorium on the death penalty after Taliban militants massacred more than 150 people - mostly children - at a school in the city of Peshawar in December last year in what was reportedly the country's deadliest ever terrorist attack.

Meanwhile, among the murder convicts currently awaiting execution are Shafqat Hussain, whose case has drawn international criticism since his family and defense attorneys have alleged that he was under 18 at the time of committing a murder, also claiming that he was tortured into confessing.

Pravda.Ru reported, that more cruel ways of capital punishment, similar to those of the ISIS, are carried out in the Saudi Arabia, the American ally, which combat international terrorism at the same time.