The Islamic State terror group may use animals to commit crimes. 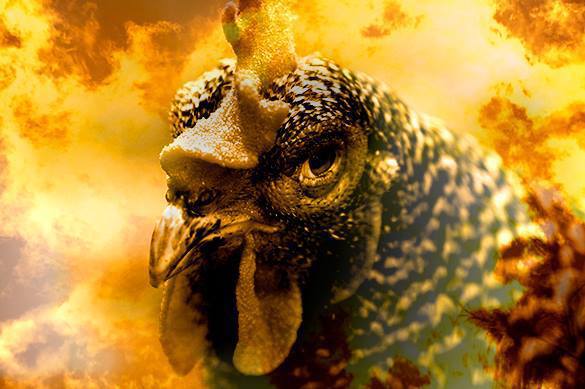 The Arabian social networks have been hit with photos of chickens, stuffed with explosives.

Suicide chickens may be used for hostile camps penetration.

'ISIS will use whatever means they can to bring death and destruction. Using animals has little military value - it is just another example of how their twisted minds enjoy dreaming up bizarre ways to kill people,' an unnamed British man fighting alongside Kurdish troops against the fighters in the region said.

The claims on Islamites using poultry for their cruel acts have come after a goat exploded in a Kurdish base in the Syrian city of Kobane. The animal was strapped with an improvised explosive device.